This June, the celebrations for National Armed Forces Day take place in Salisbury and we’re taking the opportunity to support the event and to mark the close links 24-7 Staffing has with the Services.

In this, the latest in our series of blogs, we chat to Dean and Richard, both former soldiers, who found that working with 24-7 Staffing set them up in a great new career on civvy street.

Dean Wetherell, who hails from Kent, began his Army career in 1992 when he was 18, joining the Royal Corps of Transport, which later became the Royal Logistics Corps.

He trained as a driver and his tours of duty took him to places as far-flung as Cyprus, Northern Ireland, America, Fiji and Brunei. He also served during the conflicts in Bosnia, Afghanistan and Iraq.

In 2004, he was posted to Chippenham at 9 Regiment where he first came across Julian Thompson, Managing Director of 24-7 Staffing, who had just set up our business, which was then specialising in driver recruitment.

Fortunately for both Dean and 24-7 Staffing, the Commanding Officer was happy for him to take driving shifts when he was off duty and Dean found himself transporting everything from Jaguar car parts to frozen chickens. 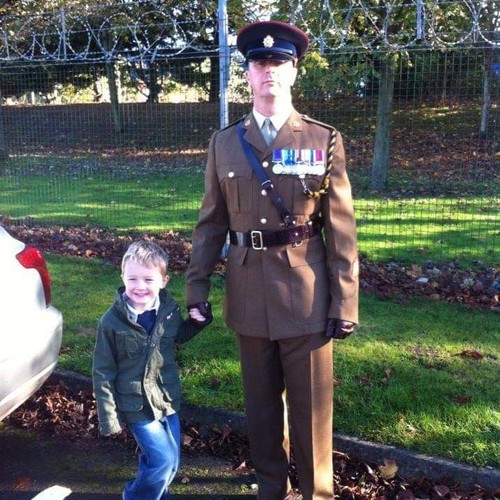 Dean’s driving days with 24-7 Staffing ended when he was posted to Abingdon, then on to Canada and later the Falkland Islands, but he never forgot his close connection with the company and with Julian.

In 2014, back at Bulford, and by this time a Warrant Officer, Dean was faced with a dilemma: complete his remaining two years and come out in 2016 or go for a commission. He was promoted to Command Master Driver – at the very top of his trade – and it was expected of him to opt for a commission.

Uncertain of what to do – partly wanting to leave and partly daunted at the prospect of life back on civvy street – Dean contacted Julian, who invited him to Chippenham to talk through his options.

That conversation proved a turning point. Dean decided to take the plunge. He took a Transport Managers’ Course and, after 24 years, left the British Army.

He’s now a health and safety manager, driver trainer and auditor with Metcalfe Farms Haulage and is based in Tidworth.

He has maintained his close links with Julian and the 24-7 Staffing team. Indeed, he’s used our meeting room facilities at the Salisbury branch to deliver driver CPC training.

Says Dean: “Coming out of the Army was a massive, massive thing. We, ex-Service people, are a weird bunch – we’re kind of square pegs in round holes, never quite fitting back in afterwards.

“But I talked everything through with Julian and he was brilliant. To this day, I still don’t think he realises how much he helped me at this really critical stage in my life.”

Richard Elson went into the Services in 1993, when he was just 16. He had hoped to join the Royal Navy or the Paras but, as they had waiting lists and he was impatient to get going, he opted instead for the Army and took his place in the First Battalion Light Infantry. He was also given the nickname George – after George the puppet in the children’s TV programme Rainbow – and that has stuck ever since. 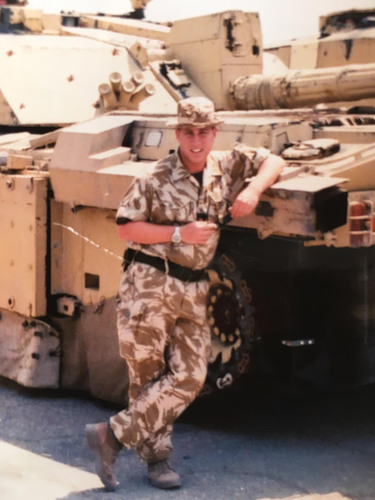 Richard had been an infantryman for ten years, before an accident on an assault course left him with a back injury which threatened to end his Army career. Luckily, a senior officer suggested the option of switching to the Royal Logistics Corps, which Richard did, and which is where he stayed for a further 15 years, before leaving the Army last July.

Coming out was a relatively seamless transition for Richard, in part thanks to the roles he had been given during the years leading up to his demob. Richard was a supply controller, working at different times in the welfare office, the regimental careers office and the accreditation office.

“There’s a lot of talk about how hard it is to get a job when you come out,” says Richard. “But because I had been working in these departments, with a lot of contact with civilian organisations, I didn’t have that worry. I knew I would be OK.”

Richard began working for 24-7 Staffing, initially driving vans then, once he had his CPC training, handling lorries and HGVs. He now has a regular place with the driving team for Hills. He also volunteers as a first responder, supporting the ambulance service and providing first aid at events.

Richard’s advice to people coming out of the Army? Don’t worry. “There are jobs and you will find work. Don’t get me wrong, you have to work hard, but there are jobs around that are enjoyable.”

If your story resonates with Dean’s or with Richard’s, if you are about to leave the Forces and need some career advice and guidance, Julian and the team would be happy to help. Please get in touch.

Armed Forces Day is on June 29 and will be the highlight of a three-day festival in Salisbury, from June 28-30. A team from 24-7 Staffing will be there, among an anticipated 250,000 people, who are expected over the three days to join the celebrations and recognise our armed forces and the vital role they play in protecting us and our country, as well as honouring our veterans.