The next in our series of blogs about the close links 24-7 Staffing has with the Armed Forces, we talk to the team who run our driving desk in Chippenham – both former soldiers.

We’re bringing you their stories in the run-up to national Armed Forces Day, which this year is on June 29 and is being celebrated on our doorstep, in Salisbury, over a three-day festival.

A very large proportion of our candidates are from the Forces or they are connected in some way: either they are dependents, partners or spouses of serving military personnel or they are ex-Forces themselves. Indeed, some of our candidates are serving soldiers, who are allowed to take on casual shifts, when they are free, with their commanding officers’ permission. They work across all four of our sectors - driving, commercial, healthcare and industrial.

Paul Thomas and Marc Pearce are both former soldiers who run the driving desk at our Chippenham headquarters.

Paul joined up when he was just 16. “My grandfather was in the Pioneer Regiment and served for 23 years after leaving the Island of St Helena. I was in the Army cadets so decided it was the career for me. Mum was a bit teary, but Dad just said go for it – and I did.” 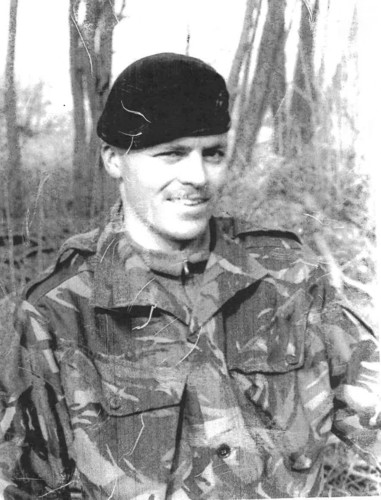 Paul spent a year on junior leader training in Dover, went to 3 Regiment in Camberley and eventually joined his regiment, the Royal Engineers. He was with them for nine years, reaching the rank of Sapper.

During his nine years, Paul had tours in the Falklands, Cyprus and Germany, training as a driver and crane operator. When he came out, driving may have seemed the obvious route – but he took a computer maintenance course.

“I didn’t really know what I wanted to do, so I signed up for a computer maintenance course. When I came out, I didn’t touch a computer for a year!”

Paul went into driving, then security where he became a trainer and assessor. He had spells as a driving instructor, bus and coach driver, and an NVQ driving assessor, before joining 24-7 Staffing.

“The hardest thing about leaving the Army was the lack of structure. In the Army, everything is done for you, so to have that suddenly taken away is really difficult.”

Paul’s advice for people coming out. “Have a plan, think about what you like and what jobs are out there to fit that and put your own structure in place.”

Marc Pearce has a very personal association with the Armed Forces. His brother, Dale, joined up when he was 18 and Marc – younger by six years – followed his big brother into the Army as soon as he left school. Dale is one of our drivers at 24-7 Staffing, often taking on weekend work for our clients.

“We have a lot of connection with the military in our family,” said Marc. “My great, great uncle fought at Passchendaele and we are all very proud of this fact.” 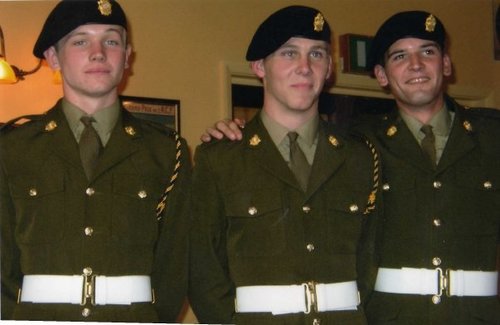 Both joined the Royal Logistics Corps. Dale was a supply specialist and reached the rank of Lance Corporal. Marc had plans to go into air despatch but not long after completing his training and joining his Unit in Colchester, he realised an Army career wasn’t for him.

During Dale’s 12 years in the Army, he had a tour of Iraq during the height of the conflict. In fact, he returned from Iraq the day after Marc had his passing out ceremony.

Said Marc: “I really enjoyed my short time with the Army, but I was too young. I am so proud of Dale for what he did. I think he should wear his veteran’s badge every day!”

Marc and Paul are among the many ex-Forces people we work with at 24-7 Staffing. Many are drivers and they make exceptional candidates.

As Marc will testify, they are reliable, competent, unflappable, not afraid to ask questions and will carry out their instructions to the letter – all skills learnt and embedded during their careers in the services.

If you are currently serving but looking at career options when you leave the military, or if you are ex-Forces and want a change of direction or a new role, please get in touch with the team and we will do all we can to help you in your career.